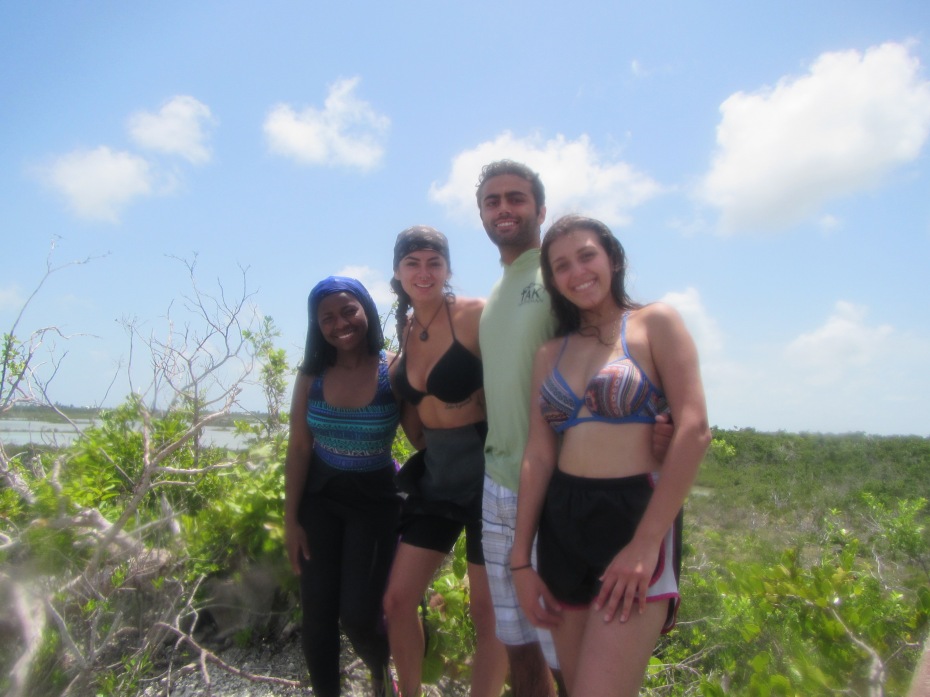 I am currently an undergraduate majoring in biology at Rutgers New Brunswick and wish to pursue a career in medicine. I first learned about this course through a student that had taken it the previous summer. Before taking this class I had very little knowledge of marine biology or ecology, but I had always wanted to take a class involving these fields. When I heard that this class not only had a focus on marine biology and ecology but also took place in the habitats that we would be learning about rather than a classroom, I was excited to register for it. Once the trip was planned, Dr. Vagelli held several meetings to discuss what we would be doing during our time in the Florida Keys. Although he had showed us the locations that we would be observing on Google Earth, seeing them for myself was incredible.

As a class, we were able to explore different areas in the Keys, although we spent the majority of our time in Cudjoe Key at the bay off of the Blimp Road boat ramp. There we conducted the lobster experiment, which was one of the most fun and unique experiments that I have been able to conduct during my time at Rutgers. For this experiment, the class was split into groups, and each group was assigned several sponges that had lobsters burrowed beneath them. After catching and tagging the lobsters, we examined our sponges throughout the week to see if the lobsters would return from feeding in the mangroves at night to the sponge that we originally found them at. In addition to the experiment, we also explored the surrounding mangroves as well as several sunken fishing boats that we found in what we believed to be a canal. We even snorkeled this bay at night, where we saw bioluminescent plankton, several shrimp, a juvenile eel, as well as an octopus that everyone was able to hold.

When we were not in the bay by the boat ramp, we were exploring different parts of the islands, discovering a new and fascinating species at each spot. What was unique about this year’s trip is that we were able to observe the damage from Hurricane Irma, which had hit the Keys the previous summer. We noticed damage to the mangroves and environment, in addition to destroyed man-made structures like bridges. My favorite spot that we snorkeled was the coral reef. There we saw several species that I had never seen in person such as black tip reef shark, Goliath grouper, and barracuda.

This course was one of the most memorable learning experiences that I have ever been a part of. Being able to observe wildlife in person allowed for numerous learning opportunities that are not available in a classroom or textbook. The hands-on approach of this class is amplified by Dr. Vagelli’s teaching style and vast knowledge of marine biology. He was very helpful in explaining whatever it was that we were looking at as well as answering any questions that students would ask. I would highly recommend this class not only for those majoring in a science, but any student that wants a first-hand learning experience and does not mind getting a little wet.